Another Reason To Move To Florida Save Money Moving To Florida

Just another incentive to move to Florida, other than the golf, beaches and warm weather. The Wall Street Journal Article explains how moving to Florida will save you money purely because of your taxes! This opens up enough room to purchase with the golf community of your dreams!

Forget the weather—the Florida Chamber of Commerce is touting the federal tax overhaul as a come-on to businesses that might relocate to the Sunshine State.

In an email blasted out to its chapters “from Pensacola to Key West” this week, the Florida Chamber brags that people moving to Florida from seven states in the Northeast and Midwest brought with them some $80 billion in income. The states include New York ($25.1 billion), New Jersey ($15.9 billion), Illinois ($11.6 billion) and Ohio ($8.8 billion).

Or, as the email put it: “$80 Billion Reasons To Start Dialing Tomorrow.”

“As the tax package nears passage, the Florida Chamber encourages you to consider calling companies looking to expand and grow,”

“As the tax package nears passage, the Florida Chamber encourages you to consider calling companies looking to expand and grow,” the email says. “When you call them, please invite them to look at the additional advantages Florida will have after the tax package passes.”
In the Florida Chamber’s eyes, those advantages include no personal income tax and good showings in various rankings of state business-friendliness.
Of course, the $80 billion in the headline was racked up over nearly a quarter-century, from 1992 to 2015.

The Florida Chamber said “wealth” has made tracks for Florida, but its numbers reflect a measure of taxable income earned by people moving to the state. The data come from the website HowMoneyWalks.com, which repackages federal tax and Census figures. It’s run by a Missouri lobbyist and publicist who often argues in interviews that high-tax states lose out to low-tax ones.

Florida’s income gains may reflect the sunny climate as much as the business climate. For one thing, most of the states sending income-earning individuals to Florida are colder northern states that have been losing population for years, to the benefit of warmer states like Florida, Arizona and Texas.

And, at least in recent years, most of the income brought to Florida by new arrivals has been earned by people age 55 and older, IRS data show. Many of those new arrivals are at or beyond retirement age. The biggest group of incoming Florida taxpayers in 2016 were between 26 and 35 years old. They made up about a fifth of the total and averaged about $44,000 in adjusted gross income, or some 10% of all income for new Floridians that year.

Together, people 55 and older made up a third of new taxpayers by headcount in 2016, but generated 57% of the income reported by new arrivals, or about $17 billion, the data show. 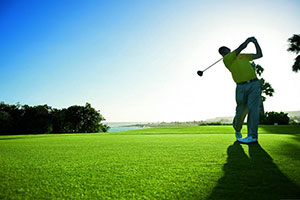